Can The Reebok GB60 Exercise Bike Balance Intensity And Accessibility? 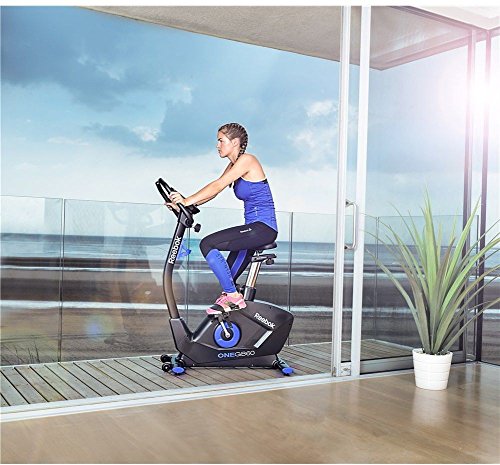 Reebok is still one of the biggest names out there when it comes to fitness equipment and the Reebok GB60 Exercise Bike looks like a great addition to the range.

The specification offers enough to tempt in new users that haven’t been able to find the right balance in features yet.

It looks like it can offer a tough workout when it needs too but isn’t as intimidating as some machines. Can it provide the right blend of benefits or are their hidden flaws?

The Pros and Cons of this Reebok GB60 Exercise Bike.

The look, shape and workout options on this Reebok GB60 Stationary Bike will appeal to lots of people.

Many users will purchase this Reebok exercise bike because of the shape and the way it will look in their living room or home gum. The blue accents on the screen, pedals, stabilisers and water bottle holder are a nice touch. It is also fairly compact while still offering the chance to adjust the seat height for taller users. 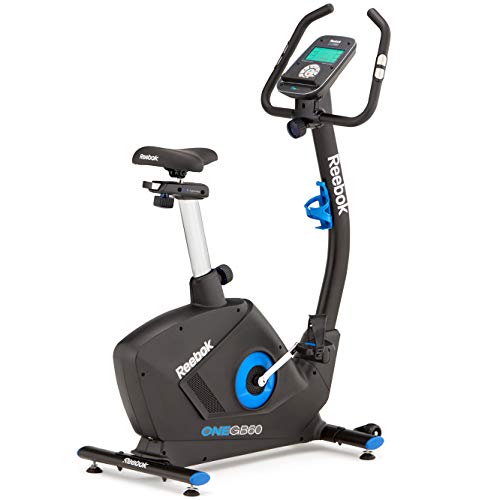 There are 20 programmes on offer here, so there should be something for everyone from the gentle settings to the hill climbs. The latter may be a good idea for those that are training for specific events later in the year.

There are also more levels of resistance than some entry-level models, with 32 in total. This means a great opportunity for progression and hitting targets.

The LCD screen also has a few more pieces of data in its feedback than standard gym bikes, such as the body fat analysis and RPM.

The downside of this Reebok GB60 is that it will be a little too predictable for all users.

There are some great programmes and features on-board this bike machine. However, there is nothing that experienced users won’t have seen before.

Some expected to get more for their money in terms of diversity of the machine and the user experience. There are also some people that wish that the manual for this machine was a little better because of the lack of details on the programming and assembly instructions.

Most buyers figure it all out with time but it doesn’t invite them to test out the different programmes straight away. As you would expect, there are also the usual comments about the comfort of the saddle.

What does this all mean for a final recommendation on this Reebok 32-level At-home Stationary Bike?

Negative comments are so few and far between that it is hard not to recommend this machine to the majority of consumers.

It isn’t anything special in terms of its software or any smart features. But there are a few tweaks here and there in the data, resistance and settings that allow users to push a little further.

As a result, this Reebok GB60 exercise bike could be a great choice for those that want a machine with all little of everything – ease of use, style and intensity.