Does The Simple Spec Of The Sportneer Mini Exercise Bike Help First-Time Users? 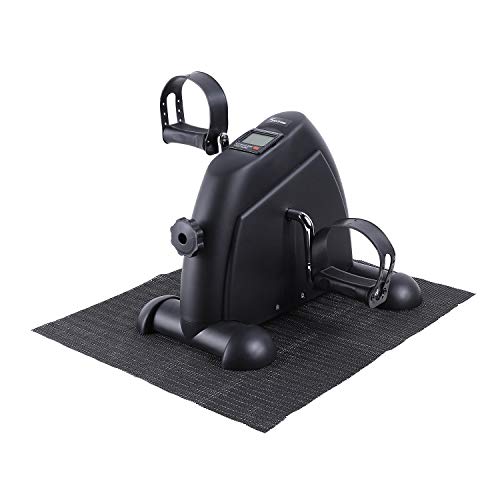 The Sportneer Mini Exercise Bike doesn’t look like it offers as much as some other under-desk models at first glance.

All you see is the all-black body, the pedals, a knob, screen and the stabilising feet. This suggests something lacking in features, but does this actually mean there is greater potential for inexperienced users?

The Pros and Cons of this Sportneer Mini Exercise Bike.

The Sportneer Mini Portable Pedal Cycle may have fewer features but it still caters to beginner users.

This design might be simplistic compared to some other models, but this does mean that there is a level of accessibility to the system compared to high-end mini bikes.

The 100kg weight allowance and adjustable straps suggest that anyone can give this a go. That means those working from home that wants to burn a few extra calories and those that want to work on rehabbing injuries or surgeries. 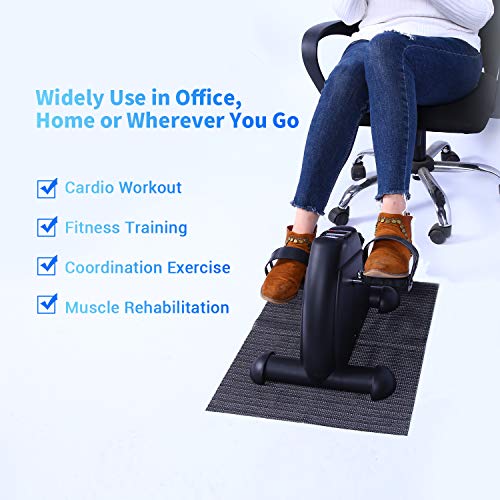 With that said, there still appear to be enough features here for a reliable way to get a little fitter. The machine has adjustable resistance and while the listing doesn’t state the upper limit, this should still provide some choices.

There is also a little console built into the bike where you can learn more about how far you have gone, how long it took, and the potential calories lost during that time.

This is great for those that want to make a more conscious effort to lose weight or tone up, but are stuck working at home.

There are just a few areas for improvement with this Sportneer Under-desk Bike.

There aren’t too many big problems with this mini bike, and there are many people offering great reviews for their experience. However, there are some small details here that set this apart from other models.

First of all, the company highlights its additional rubber mat as a bonus feature. However, it would have been more convenient to have little rubber feet on the body to stop it from sliding around.

There is also the height. While this seems to be fairly sturdy and not too large, the height could be an issue for stability at faster speeds and might not be ideal for use with lower desks.

Does this mean that the Sportneer Adjustable Resistance Mini Exercise Bike is still highly recommendable?

While there were initial concerns about the lack of functionality here, there seems to be enough to help newcomers get started. Some of the helpful aspects are a little misguided, but most should prove useful in getting more active at your desk.

The ease of use and accessibility of this under-desk machine should help those curious about this sort of workout. That is why the Sportneer under desk bike is still highly recommendable to those yet to give mini bikes a try.